Documentary (40 mins) exposing a history of child sexual abuse and the corruption within the judicial system that has left one man fighting for a future.

In September 2015, Andrew Mackie, who kicked and punched his former girlfriend as she lay on the ground was spared jail after a court was told he needed psychological treatment for traumatic experiences he suffered as a child in the care system. In passing a suspended jail sentence at Newcastle Crown Court on Monday, September 7th, Judge Robert Adams said: “You are clearly an extremely damaged person – damaged by the experiences you had as a child in foster care and later in a care home. It is not surprising that you have suffered some form of post traumatic stress disorder.” Andrew Mackie’s history of being a victim of sexual, emotional and psychological abuse as a child dates back to when he was three years old.

Between 1970 and 1983 Mackie was passed from one foster home to another, and later spent time at special care homes where is was repeatedly abused. He clearly suffered badly, with no support from the adults around him when he was at his most vulnerable. With these early years, it’s not surprising that Mackie has been in and out of prison since he was 21 years old.

“I tried to bury the memories of such abuse so deep that my only response to a given situation was violence. I was angry. Yet, the funny thing is, despite being on and out of police stations and jail, I’d never thought about talking to the police or the prison service, because I didn’t think they’d take it seriously.”  Andrew Mackie

In 2003, some 20 years after Mackie’s most serious rape, he was contacted by the police. They told him that in a separate enquiry, his name had been brought up and people had told them that he had many stories of sexual abuse from one particular care home. Mackie made a statement, and detailed his entire childhood abuse to the police in that year, yet it took a further ten years before the police made any attempt at writing up and presenting his case. During this time, in his view Mackie was lied to by the police, manipulated by solicitors and received no clear evidence that his case, and many others, would ever be heard. It was at this point, he began recording each and every conversation and/or encounter with ‘the system’.

“After 12 years of the police investigating my case, they then said to me that there were no records of me being in a children’s home. My solicitors have hidden information I gave them and misspelt my name in written statements. I am one of the many survivors of abuse; my childhood was taken brutally from me, and my life took the wrong path for many years. But I’m one of only a few people who’ll stand up to the fear and I will keep fighting for justice.” Andrew Mackie

However, in July 2018, Mackie was informed by his solicitor that it had been decided that any further criminal investigations would ‘not be in the public interest’, and the remaining 249 local abuse cases would be heard as civil cases, notably only for compensation purposes.

Moreover, the court decided that they would hear only two cases per year, and with so many to be dealt with, it evident that his case could take up to 100 years to be heard.

For Andrew Mackie and many others, the judicial process would appear to have incontrovertibly failed. 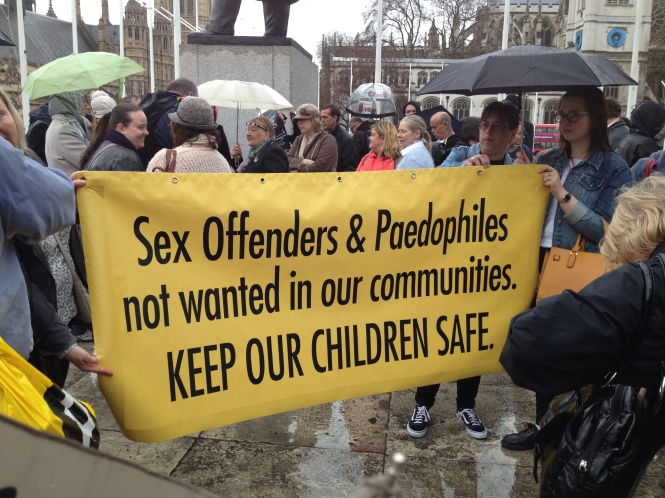 The Independent Inquiry into Child Sexual Abuse (IICSA) was set up in July 2014, by the then Home Secretary Theresa May. It was established to examine how the country’s institutions handled their duty of care to protect children from sexual abuse, and came in the light of the Jimmy Saville sexual abuse scandal.

However, focusing on celebrity cases must not detract from advances in tackling child sexual abuse, historically and otherwise – and in persuading victims that, if they speak up, they will be heard, and indeed receive the justice deserved.

This documentary looks back at Andrew Mackie’s life without shying away from the truth in all its discomfort, and exposes fundamental flaws in a judicial system that has left him angry, damaged and desperate. It also questions the idea that whilst media focus is trained on particularly high-profile allegations there is a very real danger that children could be put at risk if we concentrate solely on celebrity offenders.

Producer/Director Andi Reiss has been developing this documentary with Andrew Mackie over the past two months, and is currently looking to raise £10,000 for further production, post production and delivery of a 40 minute independent documentary.

Andi’s initial interview with Andrew Mackie can be viewed below.