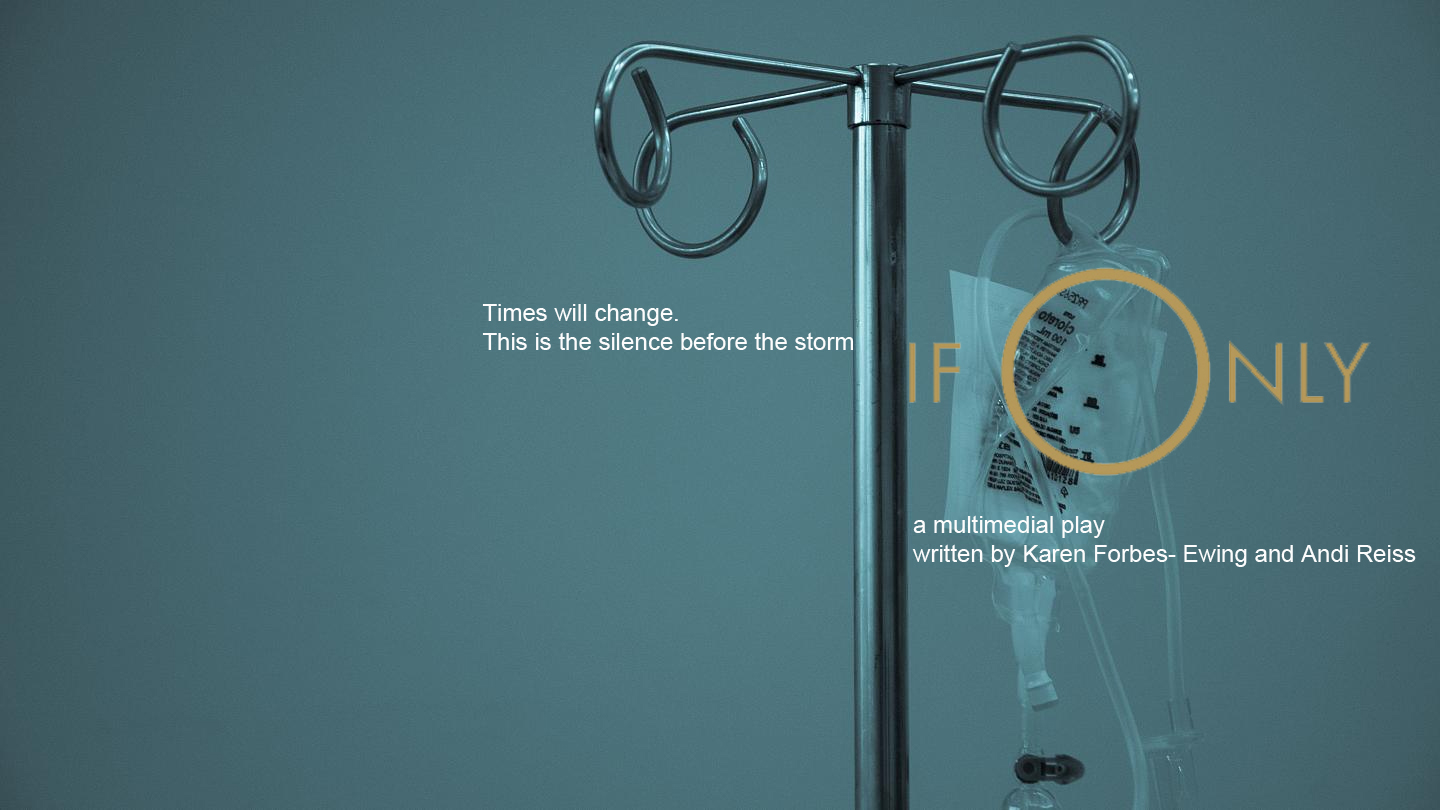 Inspired by real life events, If Only is a black comedy that plays with allusions to time and character interactions within altered states of consciousness. It employs no detailed settings but more a general set of scenarios that could be placed anywhere and affect anyone, focusing on the experience of human existence in different eras.

Written by: Written by Karen Forbes-Ewing and Andi Reiss.

Having suffered for forty years, Marie is preparing for her medically assisted suicide. The idea of being forced to continue living a life so intolerable when there are doctors who are willing either to end her life or to assist her in ending her own life, is something that’s consumed her for some time. However her psychiatrist, the last person required to give her the ‘green light’, finds himself at the centre of a wrangle between the justification of the individual’s freedom to choose and the irrational, unspeakable violation of the law. Whatever Mark decides will have its consequence.

If Only is an original piece of new writing and is loosely inspired by Andi Reiss’s 2018 award winning feature documentary Endgame.

If Only is available to download and read:-
if-only-master-14.10.20Download