Andi has Public Liability up to £5,000,000, Professional Indemnity up to £1,000,000, and a clean, 2019 DBS (Disclosure and Barring Service) check certificate that can be viewed online upon request. He has a driving licence, drone licence and will soon have the right work in the United States, with a Permanent Resident Card (also known as a Green Card).

As a self shooting producer/director and videographer the world is full of interesting stories and I love to be just one of the many to tell them, thriving on both the creative and technical aspects of production. I’m confident shooting on most standard industry equipment (F55, FS7, C300, Panasonic GH5, BM Ursa Mini, PMW200-300, XF305, 5D etc) to a broadcast level, and also on high grade cinematic lenses and in 4K.

As a writer, researcher and script reader I relish the unrelenting pursuit of something unique and have a strong mixed methodology of extensive background research. I work as a documentary consultant and story editor for filmmakers who are looking to dramatically improve the quality of their films – before, during and after shooting.

As a producer I am experienced and versatile with a range of skills including finance development, proposal writing, production management, casting, location management, storyboarding, budgeting and scheduling,

As an editor I have ten years experience of working independently but collaborate well with others. I have studios with Avid, Adobe Creative Suite, Da Vinci Resolve, Audition and all graphics software. I work closely with creative directors, art directors, writers, producers and filmmakers to ensure creative expectations are met, following established editing workflows, standards and project structure.

As an educator, I love sharing my knowledge and experience with aspiring talent and work as a University Associate Lecturer and freelance course writer and tutor. I’m also on the jury at the Queens World Film Festival in New York.

As an artist, I create storyboards and mood boards, design graphics,  posters, flyers online banners and digital art, and I professionally doodle cartoons and caricatures. I also paint and graffiti, both on canvasses and walls, all legally of course.

As a Trustee, for the mental health charity Oxfordshire Mind I hope to offer some help with my media, communications on digital production experience.

As a dad, I’m a personal ATM by nature to the best eight year old boy in the world.

Commercial and Corporate (as Producer, Line Producer and Director)

Behind The Scenes Videography 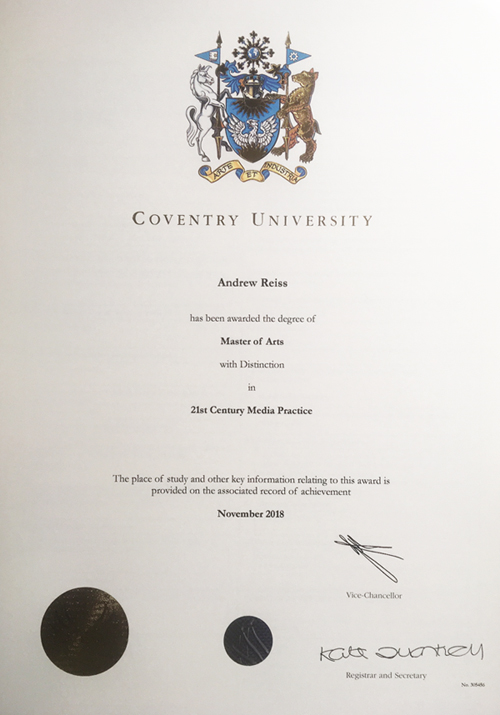 “Andi Reiss is a filmmaker with a brave and brittle voice, appealing to something beyond the obvious.” James Christopher, ‘The Times’ (2010)

“Andi has that unique interviewer’s ability to help me say what I really wanted to say, in ways that I could never have imagined saying it.” Charles Burns, Silhouette Secrets, (2015)

“Andi Reiss is a polymath; a multi-talented creative filmmaker with expert knowledge in business. I have worked closely with Andi over the past 4 years, and in 2013 he and I co-produced a 90 minute documentary which won several awards at international film festivals. We have more recently made a half hour documentary which has won two film festival awards and been selected for screening by the Queens World Film Festival, New York, in March 2017. Andi is a highly skilled cameraperson and editor. He has also had extensive experience of teaching students. He is creative and artistic. He is an ideal candidate for a faculty that combines Design and Media Management.  Andi Reiss’s artistic training and abilities combined with his organisational skills would make an important contribution to the production company or high education establishment. I would recommend him highly as a creative and motivated team member.”

“I have known Andi Reiss since 2001, both as a friend and, since 2002-2004 , as a work colleague on the feature film Cargo, which Andi directed , and which was produced in 2004.   We were co-sceenwriters of the film’s adapted screenplay, and I was also executive producer. Andi is a highly knowledgeable, resourceful, and hardworking filmmaker, with over 15 years’ experience in all areas of the film industry.  He also has an aptitude for , and proven skills in,  critical appraisal, research ,and writing.  In addition, he taught for seven years , on a part-time basis,  on a BA degree programme for the SAE film school in Oxford. I have no doubt that he would bring these areas of expertise, experience, commitment, and skill to making films and/or teaching, and for all these reasons I am pleased to support his application in the strongest terms.”

“Andi is an inspirational teacher and practitioner with an infectious enthusiasm for what he does.  He is generous with his encouragement and with his helpful tips for those starting out and he is a great storyteller”.

“I was taught by Andi Reiss for two years at SAE, Oxford, and he inspires creativity in so many areas of filmmaking; from screenwriting to cinematography, directing actors, documentary making, producing, budgeting, production management, editing, colour grading, film festivals, sales and distribution. He also has considerable knowledge of the history of film and television. I can honestly say my skills and technical knowledge at University have come on leaps and bounds under Andi’s tuition.”

“You assume every lecturer to have the same views and restrictions, but Andi enabled me to get a 2:1 when I was convinced I couldn’t even pass. He is not just a great lecturer, but a no nonsense, professional filmmaker and a friend. I wish I had known him academically for longer.”

Other referees available upon request.

In the UK, euthanasia and assisted death is illegal. However, recent landmark cases
have highlighted the issues surrounding assisted death and may be shifting public
opinion in the direction of greater freedom. Endgame follows the stories of four people living in the shadow of death, with a view to travelling to Switzerland. It highlights one of the most challenging and complex debates of our time, with varied viewpoints presenting society with difficult questions, for which there are no easy answers. Available through Film Volt. 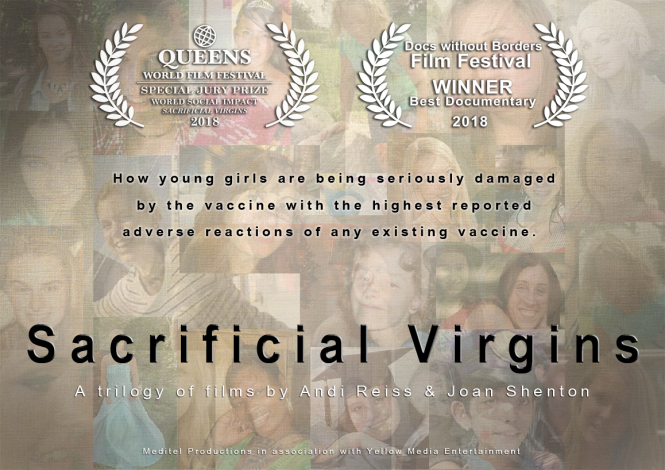 Sacrificial Virgins is an expose of how young girls are being seriously damaged by the vaccine with the highest reported adverse reactions of any existing vaccine. Visit the website.

Co-produced by Charles Burns and Andi Reiss and directed and edited by Andi Reiss, Silhouette Secrets is the story of a modern-day silhouette artist taking a journey back in time to explore the history of his shadowy art. Asking the question “where did it come from?” He meets the world’s fastest silhouettist, who challenges him to a duel of scissors! The journey takes him from a windswept seaside pier in Wales, to an Audi showroom in Houston, Texas, and finishes with an intriguing answer to his question. Available on Amazon Prime.

Shenton and Reiss then made a 30-minute documentary, Positive Hell, which followed the lives of five individuals in Northern Spain who survived a diagnosis of HIV while shunning medication for decades. Positive Hell was also nominated for Best Documentary at Marbella International Film Festival (2014) and was selected for the online festivals LACineFest (2015), Digital Griffix, Montreal (2015) and the Indie Festival, Switzerland (2015). Following selection and subsequent banning from London Independent Film Festival, Portobello Film Festival and Bluestockings (New York) in 2016, the film won the Special Jury Prize for World Social Impact at the 2017 Queens World Film Festival.[citation needed] It was also screened at the National Action Network in Harlem and Parents in Action Centre, Jackson Heights. Available to watch here. 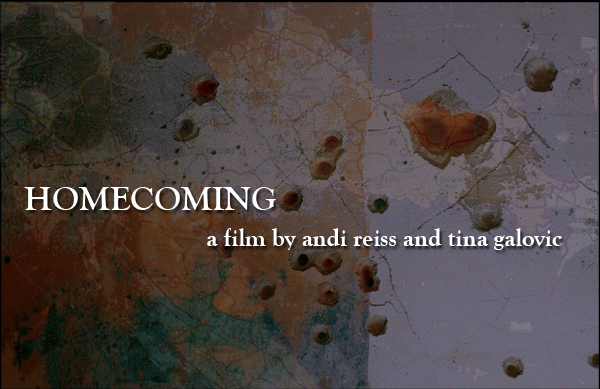 Homecoming is a heart wrenching road trip across Croatia during the 21st anniversary of the Serbian /Croat War of Independence. Produced by Tina Galovic and produced,directed, filmed and edited by Andi Reiss, it’s a poignant and powerful testimony to those who died, and for those who survived to tell their story. View trailer here.

The independent film Positively False: Birth of a Heresy, produced Joan Shenton and co-produced, directed and edited by Andi Reiss, was released by Meditel and Yellow Productions. The film brought together highlights from over 60 hours of footage from the Meditel archive, denying the link between HIV and AIDS.It was nominated for Best Documentary at the Lucerne (2011) and Marbella (2012) International Film Festivals. Available to watch here.

Amazing Grace is the story of the beginnings of Alongside Africa, a UK-based not for profit organisation that is committed to a world in which every person has the opportunity to earn a living, in this case in a village in the south of Uganda.